Click here to learn more about our financial professionals by visiting FINRA's BrokerCheck.

Ted R. Putbress has over 38 years of experience serving people in the Financial Services industry. He is the principal of Northern Resource Group, Inc. which he founded in 1992. The focus of the practice is in Chicago and suburbs, but clients have expanded to an eight state area. Ted’s vision is to provide product, advice and services for people and business through a network financial institutions, associates and firms. Northern Resource Group, Inc. is a company that truly researches and works for the client. The mission of our firm is to help insure, preserve and protect retirement plans on behalf of individuals and companies. 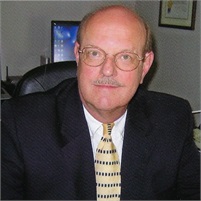 Al, who earned an MBA in Management/Marketing from the University of Cincinnati, has a diverse background in National Sales and Marketing in a variety of Financial, Industrial and Consumer fields. His primary experience is in General Management, Marketing, Sales Management and Product and New Division Development. He has been involved in the Supplemental Insurance and the Insurance “Saving Money”Industry for the past decade.

Al is also available for individual Insurance Planning assignments for our clients.
Please contact us if any of these skills and services might be of immediate interest. 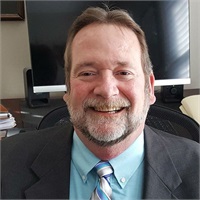 Charles Duvall has joined the Northern Resource Group, Inc. as the Registered Assistant of the South Eastern Branch in Salem, Virginia. He will initially be involved with Business Development in Virginia and the Southeastern U.S.

Charles, who earned a B.B.A. in Business Management from Roanoke College, has an extensive and diverse background in Finance and Business Development. Charles has over 33 years experience in the Banking and Insurance industries with emphasis in Sales, Marketing and Customer Service. Charles is also available for assistance with individual insurance needs for clients. Please contact us, if we can provide any information or services that may be of interest to you.

His extensive transactional and commercial law experience and prudent counsel have proven to be a tremendous benefit to the firm’s business clientele. He has provided a broad range of experience in employment law matters, non-competition agreements, asset purchase agreements, stock repurchase agreements, commercial property development, lease negotiations, profit sharing plans, joint ventures, business formations and dissolutions, and tax related issues. His counsel has been instrumental in facilitating the acquisition, sale and transfer of multi-million dollar business ventures while minimizing the tax ramifications thereof.

Mr. Smoller received his BA from the University of Illinois and a JD with High Honors from Chicago Kent College of Law. While in law school, he was Editor in Chief of the law review and received numerous awards for educational excellence. He has practiced law since 1968.

Mr. Smoller concentrates his practice in matters of commercial real estate, business organization and estate planning. He is regularly engaged by clients to represent them in the sale of commercial real estate and the drafting and negotiation of leases. He counsels business clients in the purchase and sale of their business and represents them through the complexities of the transaction as well as structuring the family's estate plan.

Mr. Smoller believes that it is his job as an attorney to educate his clients as to the full range of options open to them so they can make the best decisions regarding their business and estate planning needs.

He has served as an arbitrator in Cook County's Mandatory Arbitration Program, and lectures in the field of estate planning and asset preservation.

Mr. Smoller has received an AV Preeminent Peer Rating from Martindale Hubbell, the national organization ranking attorneys. It is the highest peer rating that one receives for having ethical standards and professional ability. He has been also named by Illinois Super Lawyers as being among the top attorney in Illinois in the 2006-2007, 2009-2014 and has been named a Leading Lawyer since 2015.

Mr. Smoller served as a director on the Harper College Foundation Board for 18 years and in 2016 was the recipient of the James McGrath Award to "special people who have unselfishly given time, effort and funds to uphold the excellence of the institution". He currently serves on the WINGS< advisory board.

The McAndrews law firm is a traditional, long-established patent boutique, with over 85 attorneys specializing in the area of patent, trademark, and copyright law. The McAndrews firm has vast experience in both intellectual property litigation and procurement, and the McAndrews attorneys’ backgrounds cover all areas of science and technology. With a background in physics, Pat’s experience in both litigation and procurement has included a wide variety of intellectual property matters.